Installing the Motherboard in your Homebuilt Computer

Installing the motherboard in your homebuilt computer usually is pretty easy (though sometimes knuckle-busting). Basically, you just line up the board with the mounting holes and rear-panel openings, and then screw it in. (If you purchased a barebones computer kit, the motherboard may already be installed; in which case you can skip this page if you like.)

While reading the manual, you'll want to pay attention to the following items:

Determine Which Mounting Holes You will be Using 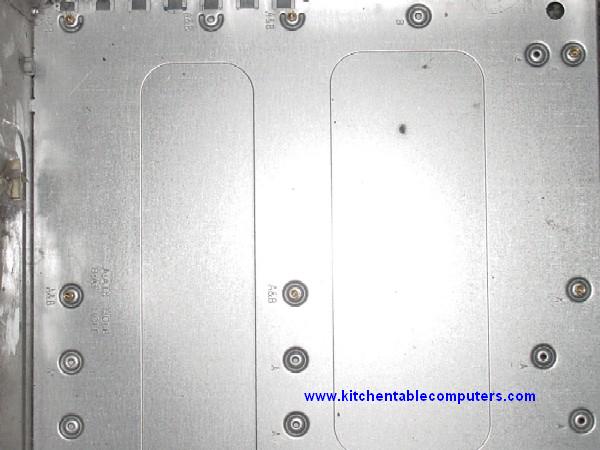 About the only difficult part of installing a motherboard is matching up the mounting holes in the mobo with the ones on the case.

In theory, the mounting hole locations are standardized within a given form factor; but in practice, it's a rare thing to find a case and motherboard whose mounting holes exactly correspond.

If your motherboard doesn't come with a template, one easy way to determine which holes to use is to lay the motherboard in the case, temporarily fasten it with two screws on opposite corners of the motherboard, and use a Sharpie through the remaining holes to mark the rest of the mounting points you'll be using on the motherboard. 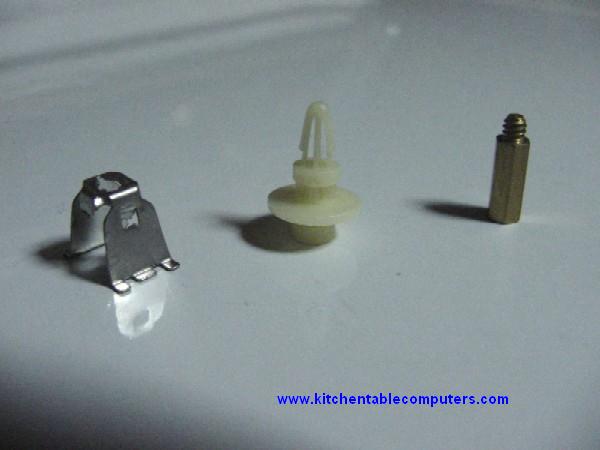 Once you have determined which mounting holes you will be using, you will need to insert standoffs in the corresponding holes in the computer case. Chances are that some of them will already be installed, and you will have to install the rest.

There are several types of standoffs, with the ones in this picture being the most common. The purpose of standoffs is to separate the back of the motherboard from the metal case.

Sometimes the standoffs also ground the motherboard to the case through some of the mounting points, but the power supply cable will also provide a ground if the motherboard uses plastic standoffs. 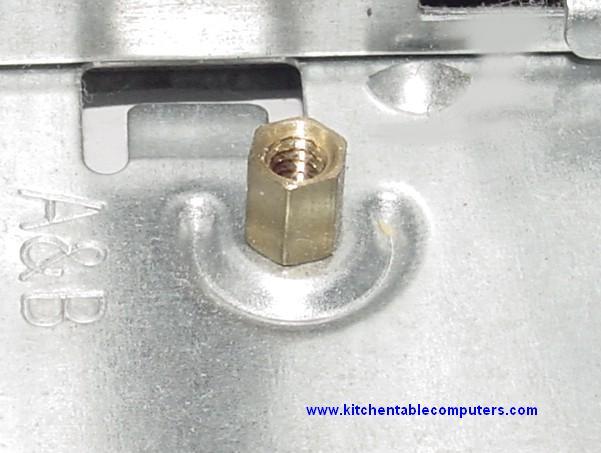 The standoffs are screwed or inserted into the chassis, and the mobo in turn is attached to the standoffs through the mounting holes in the motherboard. This creates a small space that prevents the back of the motherboard from shorting out against the metal case.

Again, don't be surprised if your motherboard has "extra" holes for which there are no corresponding holes in the case. This is normal. Very few cases and motherboards will match exactly. As long as you use all the mounting holes that do match, you'll be fine. (And there's no charge for the extra holes.)

Standoffs must NEVER be inserted into any of the "extra" holes, however. As mentioned earlier, standoffs installed in holes on the case that don't have corresponding holes in the motherboard can cause the motherboard to short out. 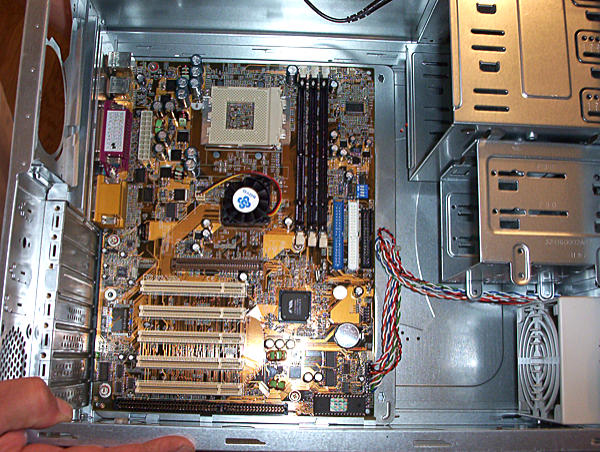 Once you have the correct standoffs inserted, lay the motherboard into the case, line up the mounting holes and the rear-panel connectors, and screw it down.

Don't over tighten-the screws! You will crack the motherboard if you do, and then it will be useless. The screws should be snug, not excessively tight.

On the subject of tightening the screws, over the years, a few people who visited this site have told me that they watched a professional computer technician use an electric screwdriver to install a motherboard. But that's the kind of skill that comes with experience. While you're still learning, use a standard screwdriver, not an electric one. This is delicate stuff we're doing here; and once you break a motherboard, it's garbage. 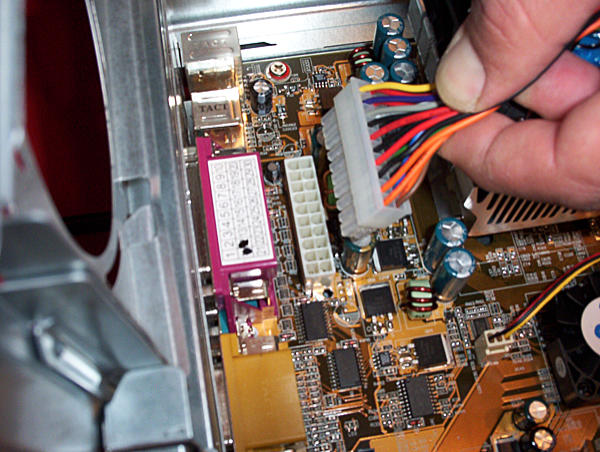 Attach the power cables now. If you forget about them and later fire up your computer while the ATX connector is not connected to anything, you may damage your computer's power supply. Most PSU's have built-in loads to protect them from damage if they're turned on with no load attached, but why take chances?

You may also have to connect power to the GPU and certain other components later on in the assembly process. But for now, just make sure that all the motherboard power connectors are attached.

If you're not sure where the connections are, read your motherboard's manual.

At this point, take a look at the motherboard and case and once again review your assembly sequence plan to see what should be installed next. In our case, the next step was Installing the Processor.